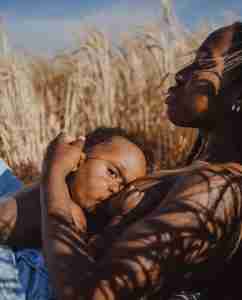 According to the CDC, the rate of providing evidence-based maternity care that is supportive of breastfeeding is lower among maternity care facilities in neighborhoods with larger Black populations, fostering disadvantage from the delivery room. Black mothers disproportionately experience a number of barriers to breastfeeding, including lack of knowledge about breastfeeding; lack of peer, family, and social support; insufficient education and support within health care settings; and concerns about navigating breastfeeding and employment.

Black families continue to have the lowest rates of starting breastfeeding (60%) and continuing breastfeeding at 6 months (28%) and 12 months (13%) compared with all other racial/ethnic groups in the US. Although breastfeeding rates for Black women increased over the last decade, Black mothers are still 2.5 times less likely to breastfeed than white women. Although they may attempt breastfeeding at birth, due to a lack of breastfeeding support, Black mothers are 32% more likely to start supplementing with formula by day of life 2 (while still in the hospital where they should have access lactation support). The CDC, WHO, AAP, and Baby-Friendly initiative all agree that in order to increases rates of breastfeeding initiation, duration, and exclusivity, hospital and medical practitioners need to complete two major shifts: help women initiate breastfeeding within the first hour of birth and provide lactation assistance to reduce the use of infant formula unless there is a medical need to supplement.”